Honouring of Jonas Jablonskis in Gardin

With the initiative of General Consulate of Lithuania, a memorial plaque for remembrance of Jonas Jablonskis‘ educational work was unveiled on building of former Boys‘ gymnasium in Gardin.

That is where Jablonskis taught Latin and Greek languages in year 1912-1914. The text of the plaque says (in Lithuanian and Belarusian): "The great Lithuanian linguist, developer and standardizer of Lithuanian language, compiler of the common Lithuanian grammar, taught Greek and Latin languages at Gardin Boys‘ gymnasium in year 1912 – 1914“. The ceremony draught attention from Gardin local government, academic community, artists and media.

LINGUA LITUANICA director professor Irena Kruopienė was invited by the General Consulate of Lithuania to participate and say a word about J. Jablonskis in the event, which took place on November 19th. We would like to give our hearty thanks to the General Consul of Republic of Lithuania Aušra Černevičienė, Consul Salomėja Jankauskienė and all staff of the Consulate for this event of great importance. 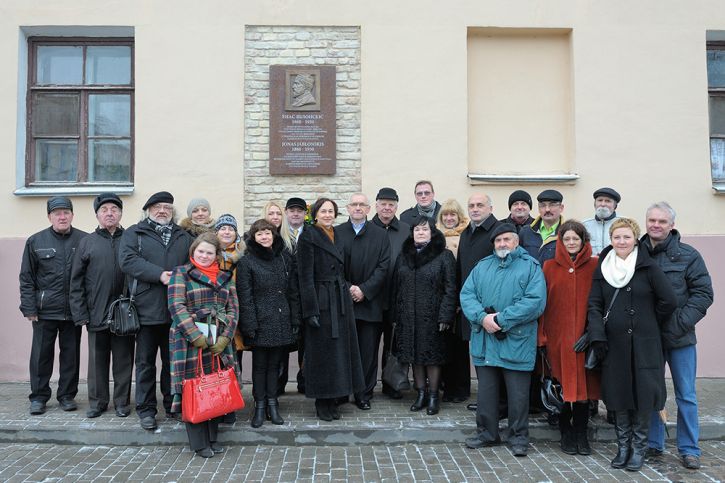